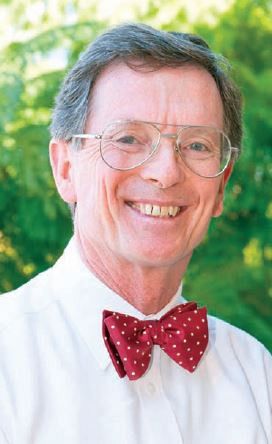 I was present throughout the original trial of this pedophile monster, and the below reported version of events is inconsistent with what I witnessed in the court room where I was the victim’s supporter, and with what the Queensland detective who arrested this Hogtie Dr told me. This case is so flawed, one can only conclude it was covered up in a concerted effort by police (not the arresting officer who did the right thing), the courts, AHPRA and the Queensland Medical Board, and children’s services. Had I not published the first article about this crime on independent Australia, and had had I not included photos of the hogtying – Neville Davis would still be practising and abusing kids. The publication of the photos is the only thing that forced authorities to look like they are doing something about a child doctor who abuses kids.

According to the victim’s lawyer, Neville Davis is the No. 1 ‘expert’ that Gold Coast police and DOCS employed to write court reports in the case of parents having their children taken off them by government social workers (DOCS). A guilty verdict would allow any parents who lost their children due to a report by this hogtie doctor, to legally challenge the DOCS decision. Federal police busted Gold Coast DOCS for child sex trafficking foster children back in 2000. This child trafficking network is alive and well today.

The DPP dropped the main charge which could irrefutably be proven with photos – the hogtie. This is a tactic the DPP use to get the matter whitewashed in the future – as happened with this case. Neville Davis was found guilty of the lesser charges, but this was overturned on a technicality during appeal. So, he got off. Although, Neville Davis paid the victim compensation in civil proceedings for the assault.

Neville Davis hogties boys because this turns him on. Neville Davis has a history of physically assaulting boys by hogtying them, and sexually assaulting little girls during physical exams. I know because I spoke with the witnesses and with the arresting detective. Some of the parent witnesses were brave enough to appear on the TV show A Current Affair to describe the assault of their children. Other parents came forward to police, but did not press charges because their sons were “not doing well” after their assaults, and could not cope with the court process which is designed to deter victims from coming forward.

The child was not hyperactive during this consultation. He is autistic. The mother was there to find out whether the boy might have autism – which he does and was subsequently diagnosed with. The paediatrician hogtied the boy and sat on his back as a means of demonstrating whether or not the child had autism.

The child was calm before the hogtying, and during the hogtying – until the pedophile sat on the boy’s back. After Neville Davis sat hard on the victim’s back, at that point he became traumatised and hysterical.

The Medical Board and AHPRA were well aware of Neville Davis’ history of abusing children – because they previously received multiple complains over his 26 year history. This amounts to more than ‘unprofessional conduct’. This is a serial child abuser.
The Hogtie Dr retired because he was forced to by authorities – as part of a deal with authorities, to help cover up the greater pedophile network
What a shame the Courier Mail didn’t include any of the above information in their below article. Such inaccurate reporting only serves to assist with the cover up.

AN EXPERIENCED paediatrician who hogtied a hyperactive child during a consultation has been reprimanded for unprofessional conduct.

Dr Neville Davis admitted to a disciplinary tribunal that it was inappropriate for him to have tied the seven-year-old boy’s hands and feet together behind his back in 2012.

Dr Davis twice tied the boy with rope and squatted over the boy, who had Attention Deficit Hyperactive Disorder, the Queensland Civil and Administrative Tribunal heard.

The paediatrician of 26 years claimed he had been trying to distract the restless, hyperactive child so that he could discuss his case with the boy’s mother without interruption.

Charges related to tying up the boy were not proceeded with and he was acquitted of the remaining charge relating to the squatting over the boy.

The tribunal heard that the boy freed himself a minute or two after being hogtied. After he punched his mother in the arm, Dr Davis demonstrated the squatting control technique.

Dr Davis accepted his behaviour in tying up the boy was “an aberrant lapse of judgment’’.

He has retired from the medical profession and is no longer registered.

The Medical Board of Australia said Dr Davis showed poor judgment during the consultation.

A child protection paediatrician gave evidence that there were no circumstances in which it would be appropriate for a doctor to tie up a child.

The tribunal was particularly concerned about Dr Davis’s actions given his lengthy history as a paediatrician specialising in children with learning, social and emotional problems.

The tribunal found the appropriate sanction was a reprimand, which it said carried implications in respect of the doctor’s standing and reputation.